Reintroduction of the white rhino in Uganda

Conservation of white rhino in uganda

IIn 1970, about 300 black rhinos roamed Uganda. Within just over a decade they had been poached to local extinction. Uganda’s last white rhino was shot in Murchison Falls National Park in 1982. Poached rhinos fetched up to $1 million on the black market.

Reintroduction of white rhino in Uganda

IIn the Ziwa Rhino Sanctuary, the rare white rhinos are being relocated to a 70 km2 protected area. Through the NGO Rhino Fund Uganda (founded in 1997), the first six rhinos were introduced in 2005 and the first baby rhinos were born in 2008. There are now 33 rhinos living in the sanctuary. A team of about 80 park rangers guards the rhinos around the clock to ensure their safety. Once their numbers have risen to over 50, they will be distributed in Uganda’s savannah parks to complete the ecosystem.

(Homepage may not be available at the moment) 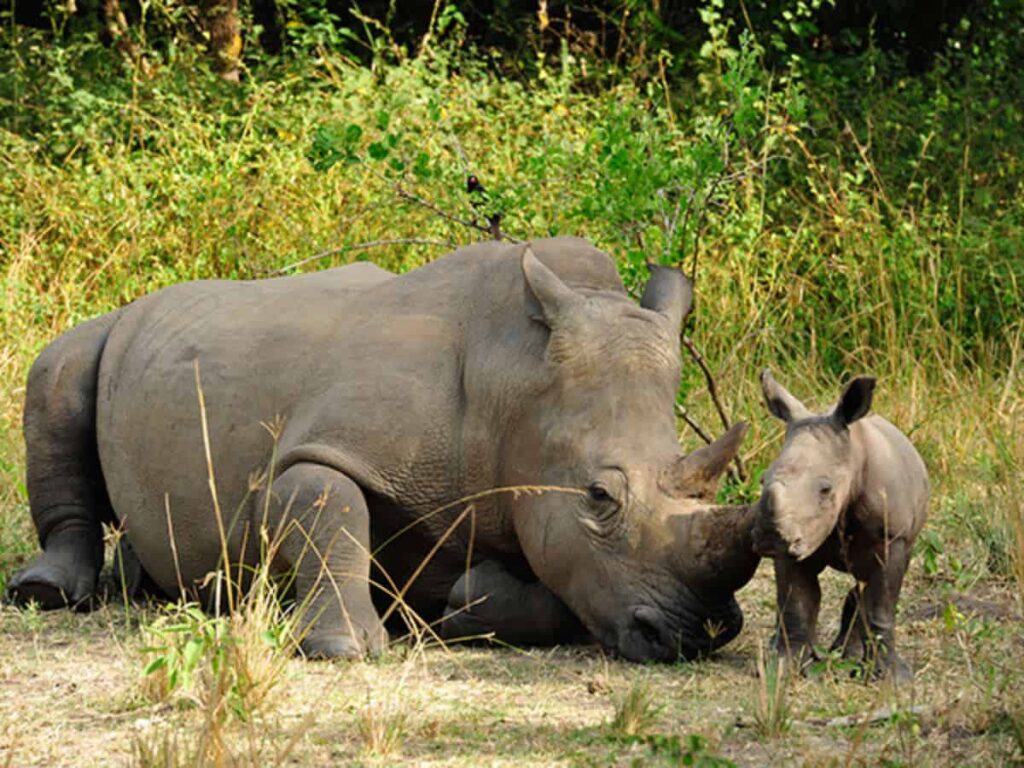 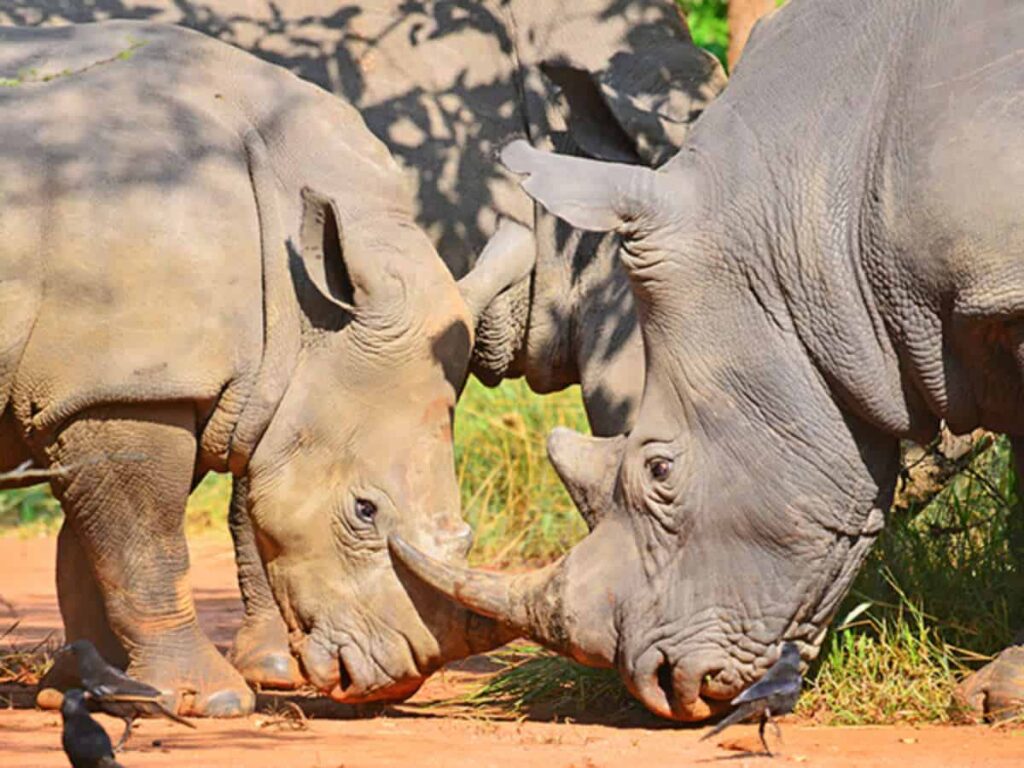 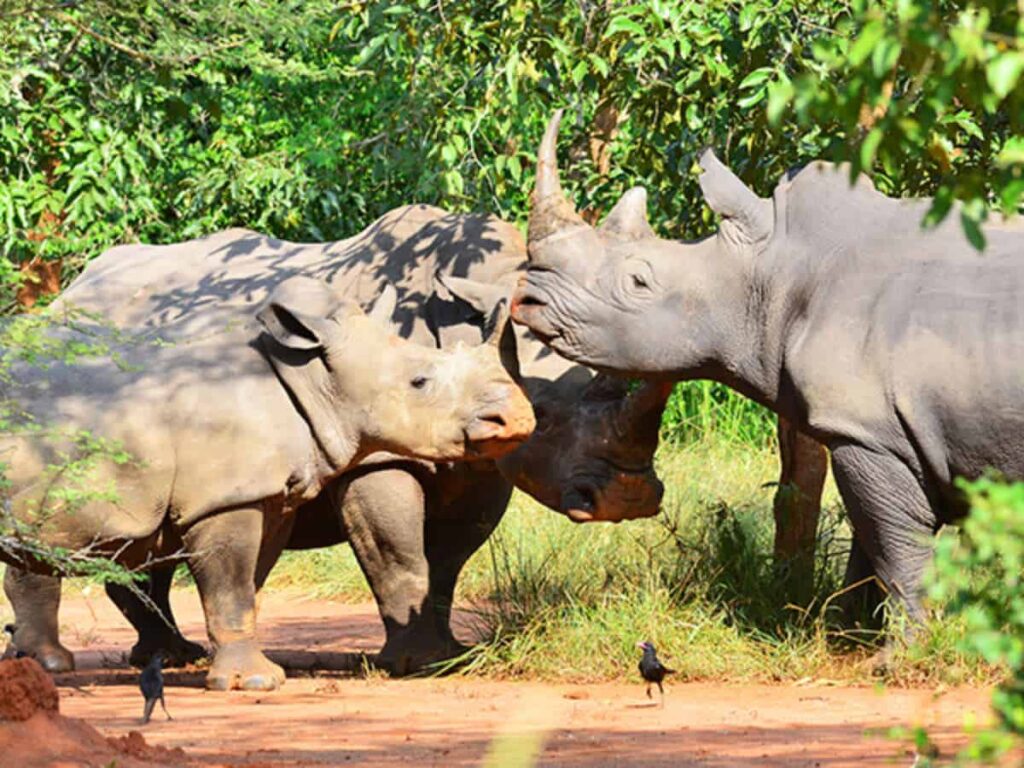 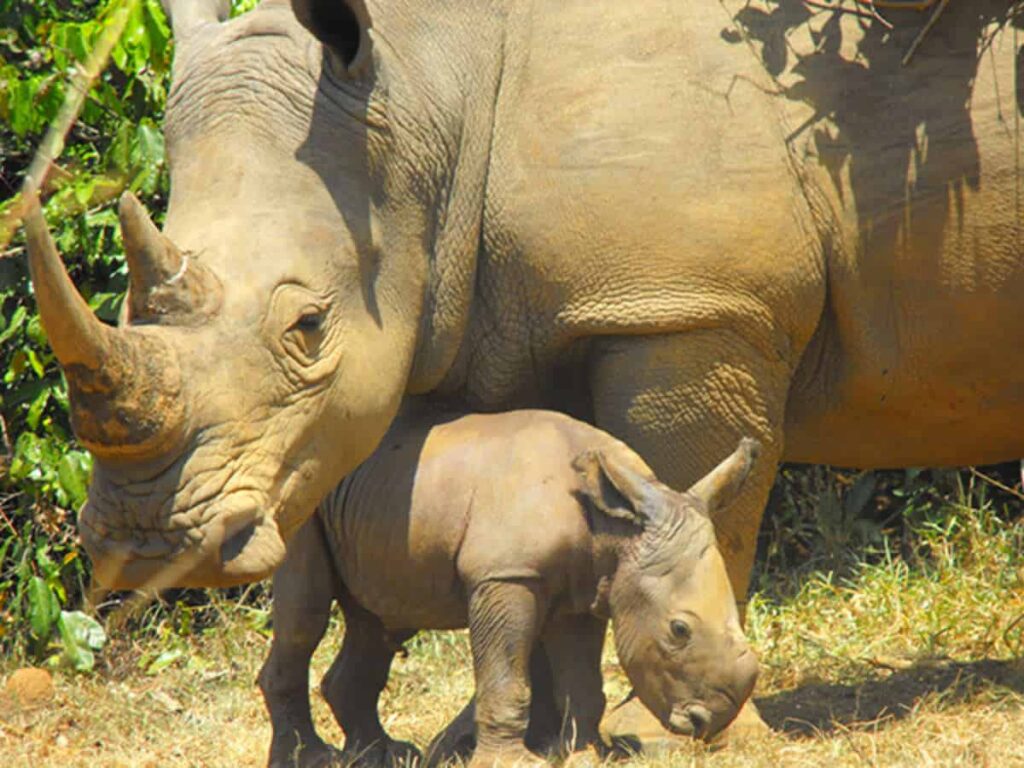 Breathe a sigh of relief – it goes on after all….

Update June 2021: Change in the management of the protected area

In mid-April, the Ziwa Rhino Sanctuary was closed by the Uganda Wildlife Authority (UWA) after a long-simmering dispute between Rhino Fund Uganda (the previous management of the sanctuary) and the owner of the sanctuary’s land escalated. Africa’s showcase project for combining nature and species conservation with ecotourism was on the brink of extinction!

Almost 2 months later, we receive the positive news that the protected area is going ahead after all. Newly, the Uganda Wildlife Authority (UWA) will manage the rhino sanctuary in collaboration with Ziwa Rhino and Wildlife Ranches (ZRWR) (the owner of the land). Rhino Fund Uganda, which had managed the reserve for more than 20 years, has left the reserve.

20 of the previous rangers have now been employed by the new administration and we hope there will be more. Having closely accompanied the rhinos for fifteen years, the rangers know their charges and the work is characterised by deep familiarity and mutual respect.

All 33 rhinos are well and we hope that the new management under the care of the Uganda Wildlife Authority will continue the conservation and breeding project in a sustainable, community-based and passionate way. We will certainly follow the further development of the project closely and keep you up to date.

During our trip to Uganda in 2017, we took part in a very impressive rhino trekking at Ziwa and were able to convince ourselves of the sustainability of the project. 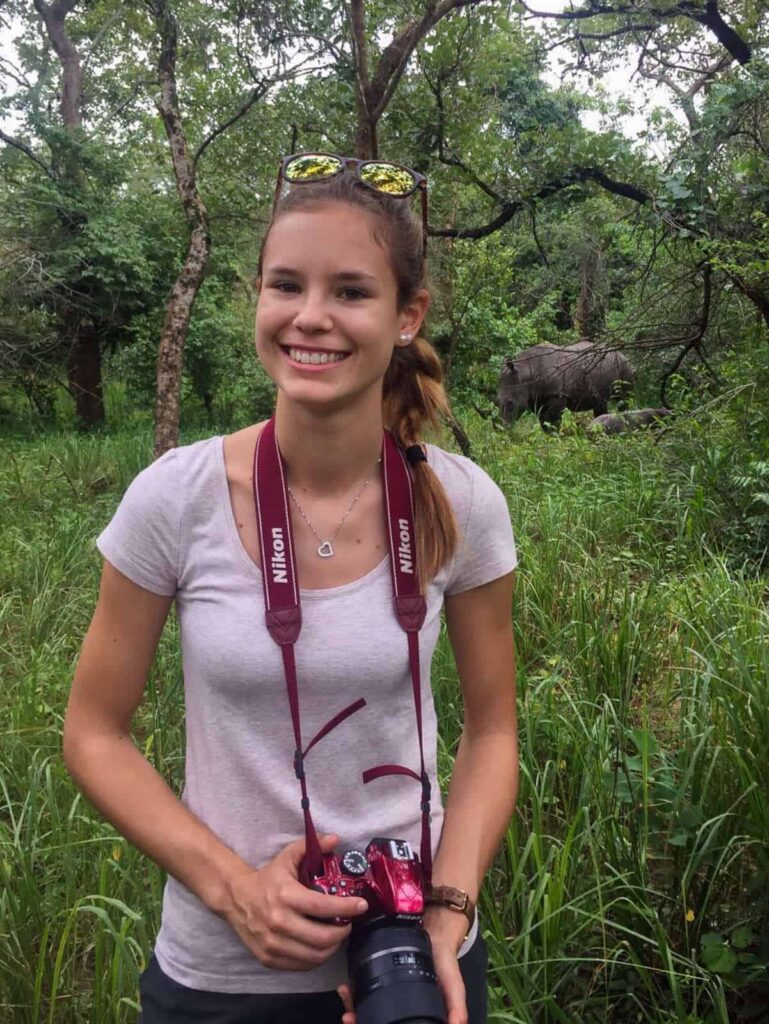 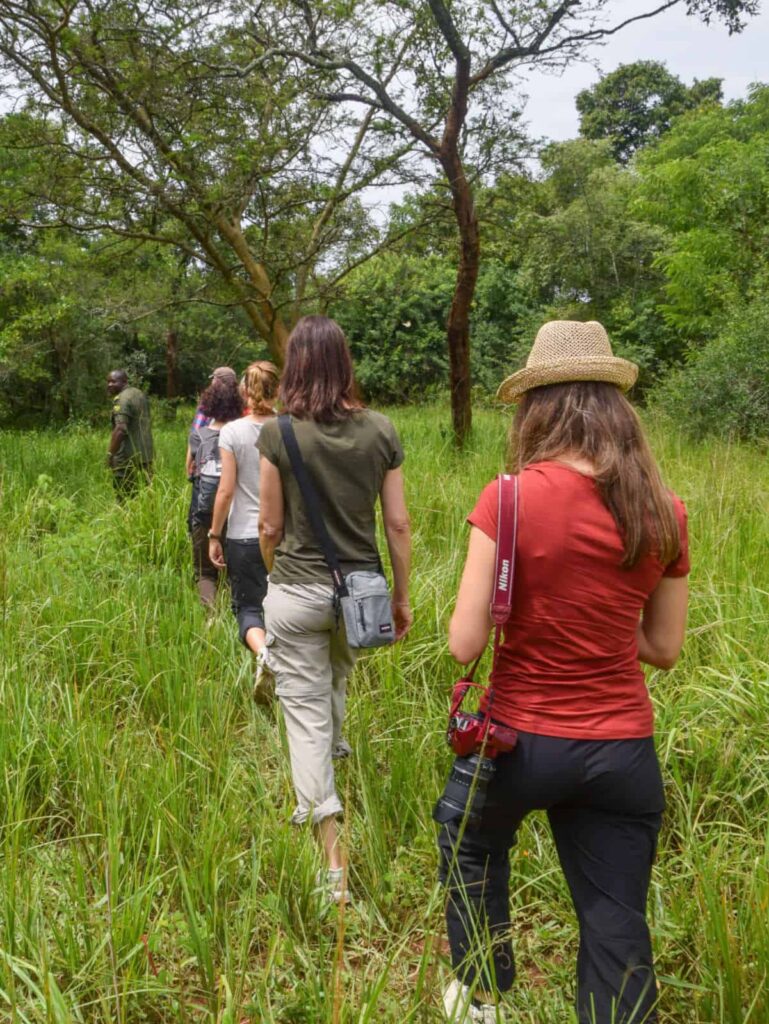 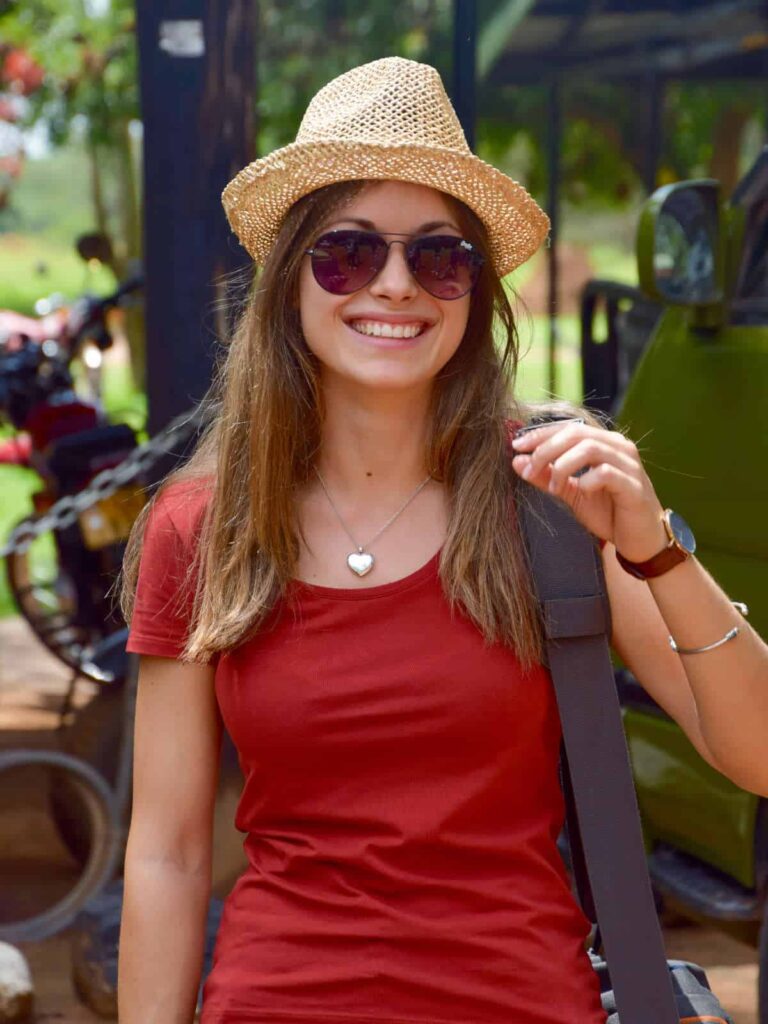 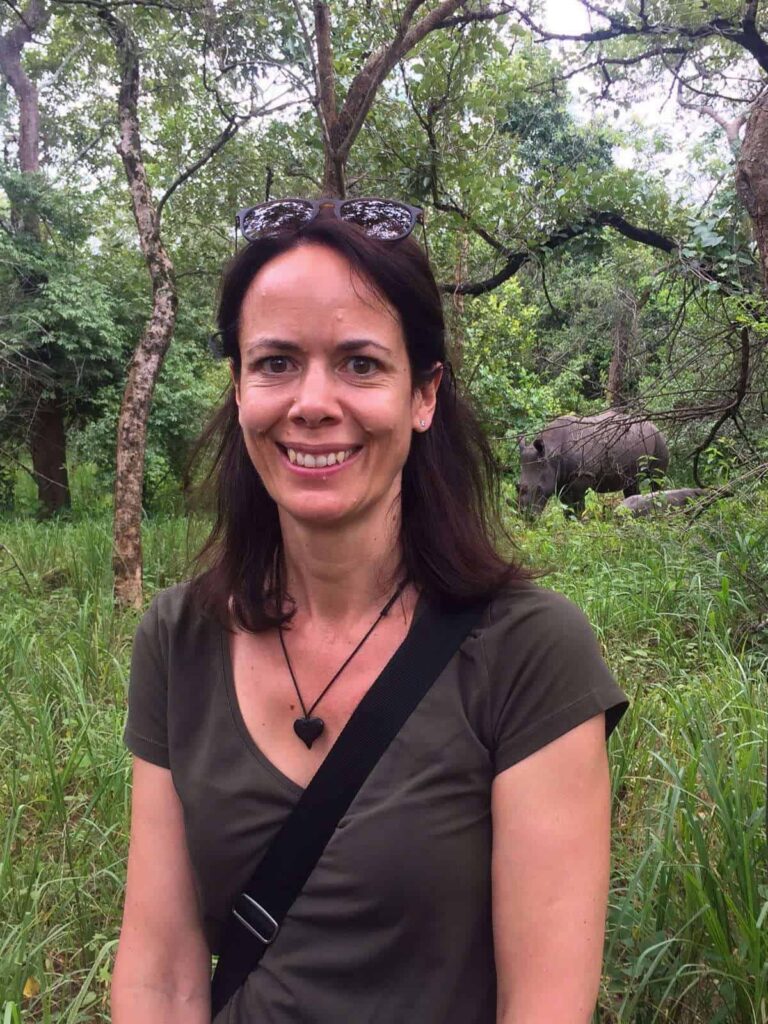