Scarface
the most famous lion in the world

Scarface - King of the Masai Mara

The oldest lion in Kenya’s Masai Mara – Scarface – was known for a scar above his eye, which gave him his name and his cult. Now the icon has died of natural causes at the age of 14. The lion had become underweight and sickly in the time before his death. A legend has passed away, but the memories will continue to burn in our hearts.

Scareface was best known for his huge scar over his right eye. He got this scary scar in a turf war with his brothers Morani, Sikio and Hunter when he was just four years old. The brothers made a name for themselves as the “four musketeers” when they invaded and conquered Marsh Pride territory together in 2011.
From then on, he and his brothers were the head of a 1000 square kilometre area, leading a pack of nine females with cubs and a few young males. 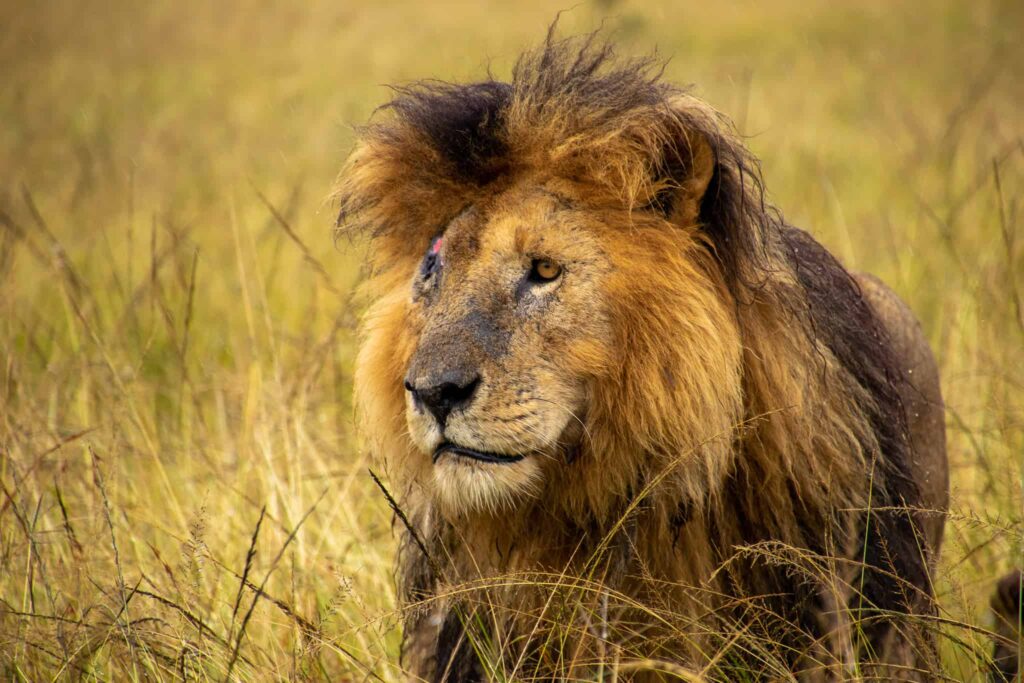 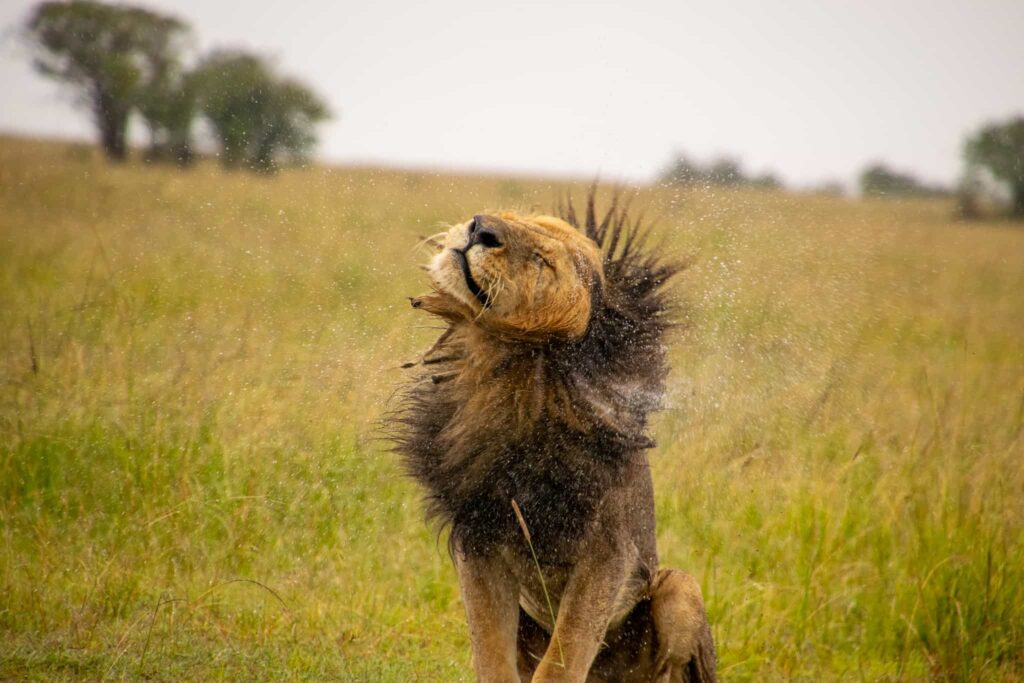 As renowned photographer and BBC presenter Jonathan Scott put it: “They were nomads, full of swagger and aggression and pumped full of testosterone. It was almost impossible to tell them apart, except for Scarface, who was immediately noticeable because of his disfiguring wound. At the age of four, they wore shaggy, blonde and ginger manes that would darken and spread with time. We called them the Four Musketeers – Scarface, Morani, Sikio and Hunter.”

Scarface was probably the most famous lion in the world. He had his own Facebook page and starred in several documentaries.

On our Kenya trip in February 2021 we were lucky and honoured to meet Scareface and his brother Morani in person. Scarface was marked by the traces of his long life. You could literally feel his story when he was around – just majestic and magical. 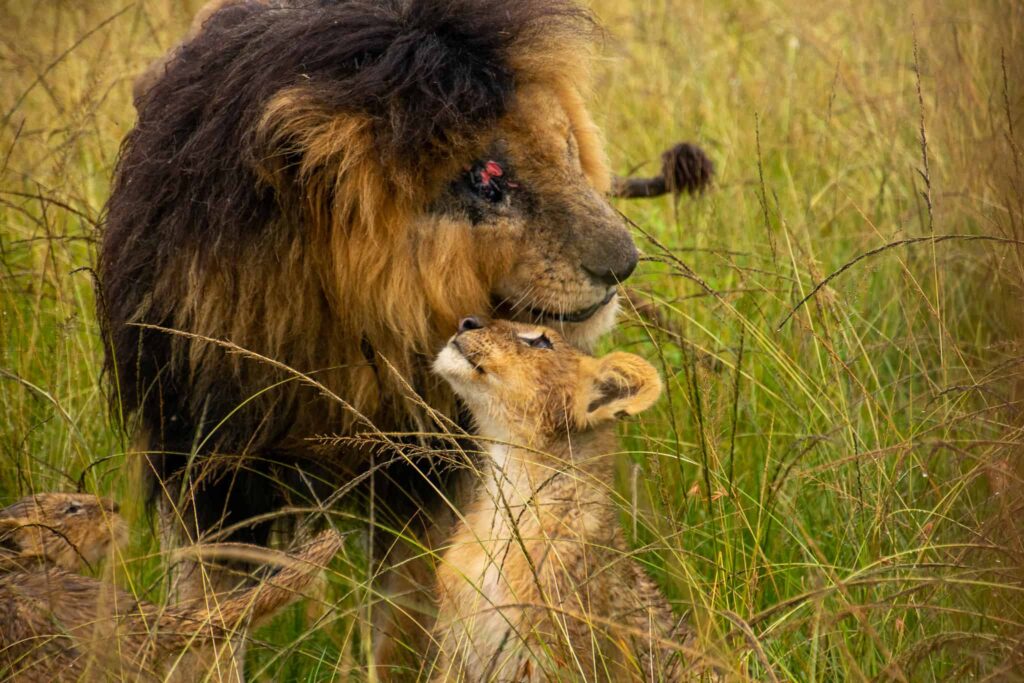 May his legend live on forever 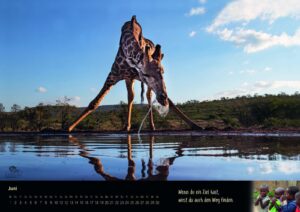 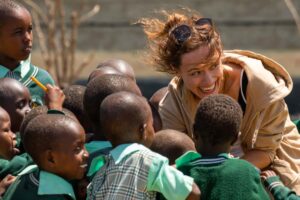 News from Kenya – Our trip in September 2021 (with video)
Posted onOctober 16, 2021October 22, 2021
We visit the Olare Owang Primary School in the Masai Mara and the children at Nice View village. We have also recorded our impressions with a video.
Lesen Sie mehr...
Africa News 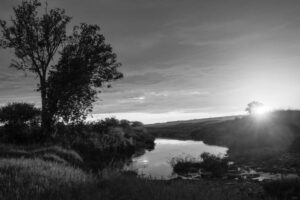 Mourning the loss of a dear African friend and a passionate photographer
Posted onSeptember 12, 2021October 22, 2021
Unfortunately we have very sad news for you today. Marc de Chalain - our very dear friend from South Africa, whose fantastic photos have so far graced our "Herz in ...
Lesen Sie mehr...
Africa News 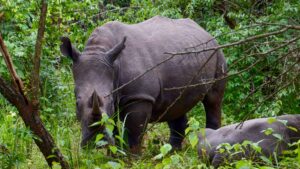 Ziwa Rhino Sanctuary – Africa’s flagship project continues
Posted onJuly 27, 2021July 28, 2021
The sanctuary of the rare white rhinoceros - a showcase project in Africa for combining nature and species conservation with ecotourism was on the brink of extinction! Fortunately, things are ...
Lesen Sie mehr...
News 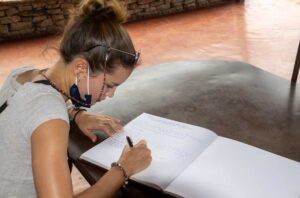 Review of the association year 2020 “Heart in Africa”
Posted onApril 5, 2021July 30, 2021
With a lot of pride, but also with a lot of satisfaction, we look back on the first months of our heart's project.
Lesen Sie mehr...
News 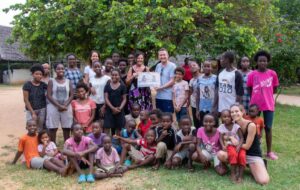 News from Kenya – Visit to the Nice View family (with video)
Posted onFebruary 28, 2021July 30, 2021
For a long time we trembled whether a trip would be possible despite the Covid situation - but it is even nicer to see the Nice View family again.
Lesen Sie mehr...
News 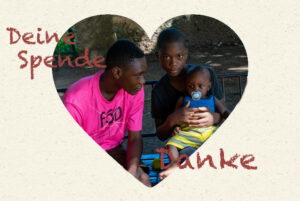 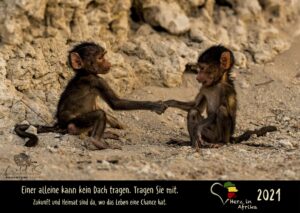 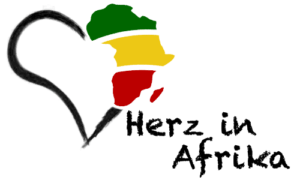